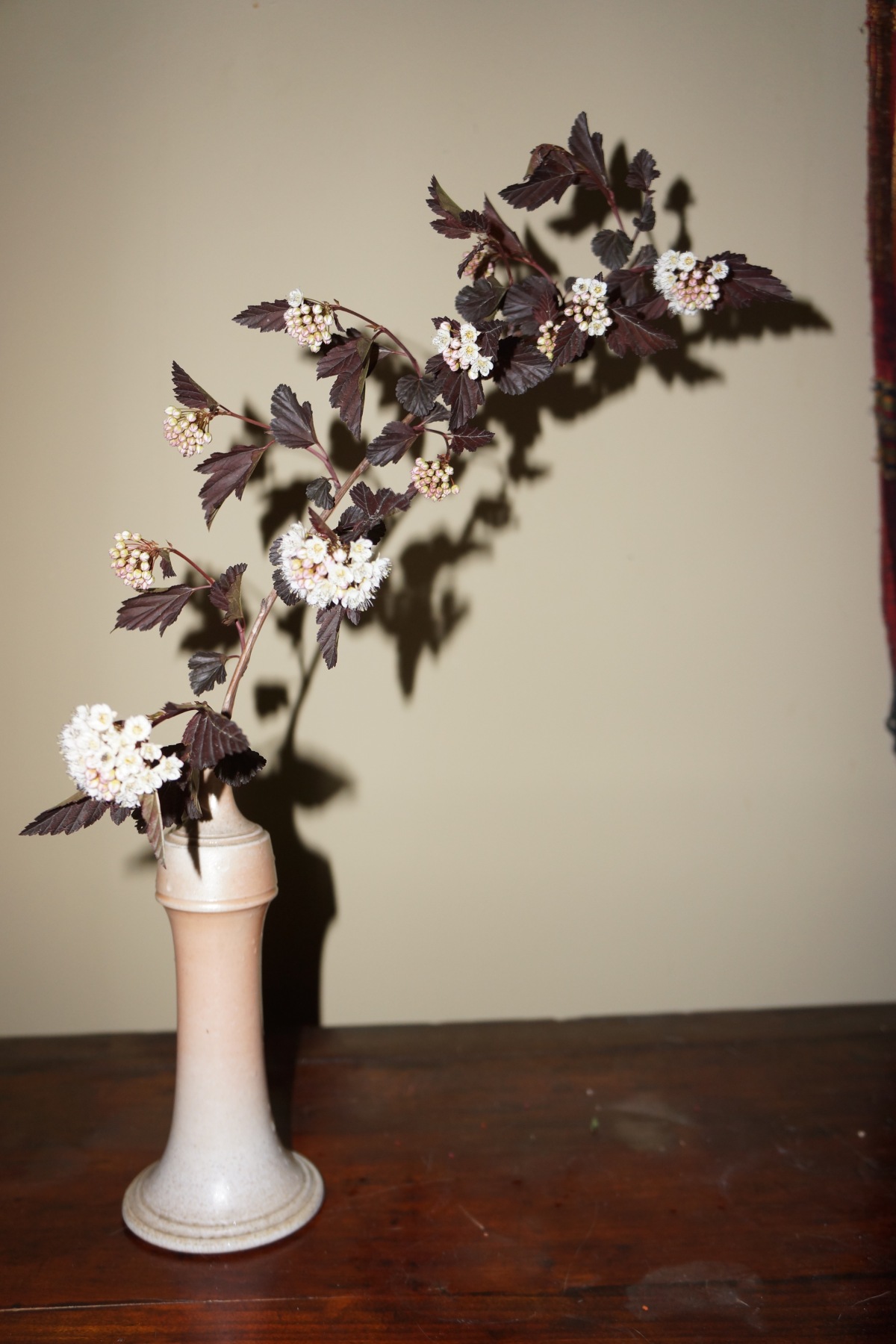 Canada was very fortunate when, in 1967, Don McKinley, for personal and political reasons (the Vietnam Conflict), took a position at the Sheridan College of Art and Design in Mississauga.  That year Canadian ceramics became all the richer.  Ruth Gowdy-McKinley was made Resident Potter and the couple built her catenary arch wood kiln on a pad just across the drive from the little house the School provided the couple and their daughter.  Few women were firing wood kilns in Canada at the time.  Gowdy-McKinley was quickly recognized for her meticulous vessel forms – teapots, colanders, small storage containers, and even ashtrays!  She was made a member of the Royal Academy of the Arts in 1976, the first potter to do so.  As a student at Sheridan during the summer of 1976, I was fortunate enough to have met her a number of times and to have had tea with her.  I recall how frightened all of us were when we could not get her kiln to reach temperature.  We sat in a semi-circle trying to conjure up anything but nothing worked.  The pots were embarrassingly dismal when unloaded.

Gowdy-McKinley was the driving spirit behind many of the major happenings in ceramics in Canada between her arrival and her untimely death in 1980, at the age of 51.  She never strayed from her devotion to beautiful well functioning domestic ceramics.  In 1993, in honour of Gowdy-McKinley, the Canadian Clay & Glass Gallery opened in Waterloo, Ontario largely due to the efforts of Gowdy-McKinley’s friends and colleagues and especially Waterloo ceramist and professor,  Ann Roberts.

The piece above is a porcelain lethal bullet vase made by Gowdy-McKinley.  It was one of a group of objects left to be fired when she died in December 1981.  Her husband, Don, and friends arranged for a small group to gather together and fire the kiln one last time.  I was not at that firing but I had heard about it over lunch with Robin Hopper and Judi Dyelle in 2015.  Robin showed me his vase and told me the story of one of the individuals wrapping the last log with gold leaf and putting it in the kiln before it was sealed.

In May 2017, I had the pleasure of meeting Byron Johnstad in Kelowna.  I was there to interview him, Bert Borch, and Roger Painter for my project on the impact of Vietnam resisters on Canadian ceramics.  It was a hot day Byron had fixed green tea iced tea on his patio.  I do not recall what it was that I must have said that sent him into his house but when he returned he had Ruth’s vase in his hand.  I gave a shriek – and began babbling on for a minute or so about Ruth and the gold leaf around the log.  Anyone knowing Byron, more than I did at that moment, would have quickly recognized that it was him – what a gesture to a wonderful woman from another great ceramist.  Byron handed me the vase.  He had never met Ruth.  It was mine.

This is what I mean about objects and memory.  This vase now holds several stories of two of the finest Canadian artists I ever had the opportunity to meet.  Thank you Byron.