The Han Dynasty lasted from 206 BCE to 220 CE. During this time China was a country at peace with its neighbours. With secure borders and trade along the two Silk Roads, one overland and the other maritime, the economy prospered. Silk was traded along with spices, teas, and ceramics. While contemporary literature talks about the growth of cities and domestic architecture, there are no extant examples. Archaeologists study the ceramics that have been discovered in tombs to understand what the local buildings and lives of the Han were like. The Chinese believed in an afterlife, and they provided for this by placing burial goods in with the deceased. By the time of the Han dynasty, Confucianism was well in place, and the former practice of burying living family members and entire armies with the dead is replaced by ceramic objects. Most of you are probably familiar with the Terracotta Army of Emperor Qin. Here life-size (a few larger than life) clay statues wear their armour in all its detail ready to defend their emperor. More than 8000 have been unearthed including charioteers and horses. They were masterfully created.

The burial figures of the Han are smaller, contain more variety, and are more animated. To date, no life-size figures made during the Han dynasty have been found. The range that has been found include palace or courtyard style dwellings along with farm animals such as pigs and oxen. There are dancers and musicians, small armies along with a myriad of non-military statues. There are tall towers with high walls. It is believed that the animals lived on the ground floor while the family lived in the upper stories. Roofs made of bamboo covered with clay tiles are supported by brackets, wooden beams that project from the wall. The tombs unearthed in Sichuan province have even more variety in terms of small figurines representing the daily life of the deceased. These included farming scenes, people working with farm animals, doghouses, dancers, acrobats, women spinning, and people dancing. The figures were painted and arranged to form a narrative. 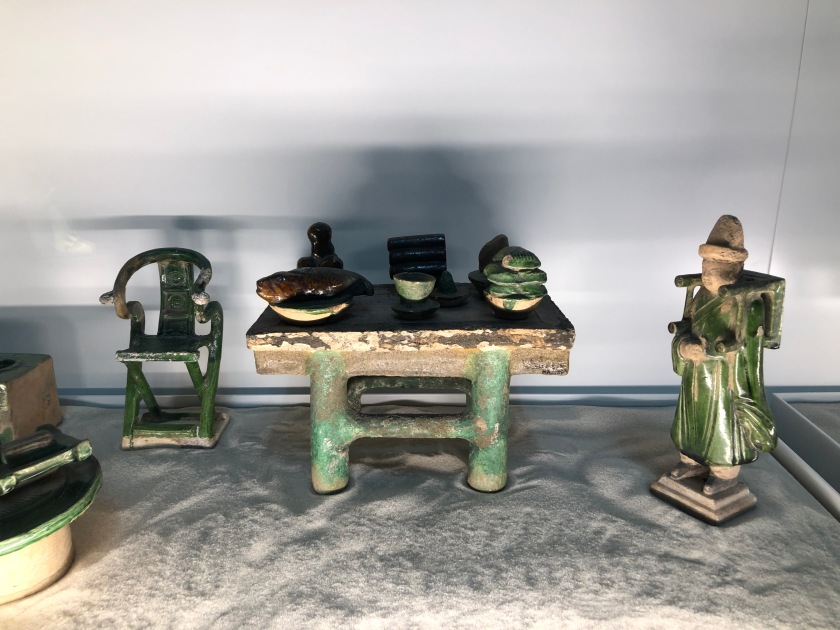 It is during this time that we fully see the emergence of low fired lead-glazed earthenware. The temperature of the firing was between 750-900 degrees C. From the evidence, it appears that the pieces were single fired as opposed to the clay drying, having a bisque firing at a lower temperate, and then a final glaze firing. The potters had, by the Han dynasty, discovered the difference between a reducing atmosphere and an oxidising one. If they wanted bright lead colours, an oxidation firing, where there is sufficient oxygen introduced into the kiln for the fire to burn clean, was used. To obtain the green colour seen on the Han dynasty figures in the collection of the Royal Ontario Museum (ROM), the artists used copper. To get brown or a red-brown, they would use iron. Lapis lazuli or cobalt was used to obtain blue. The only colours used by the Han dynasty potters appear to be a range of greens and brown, russet to an almost espresso. The glazed earthenware pieces use red clay although a number appear to use a grey clay body. These pieces are fired so low that they are relatively soft and as a consequence the rubbing of their surface causes the glaze and the clay to disintegrate. 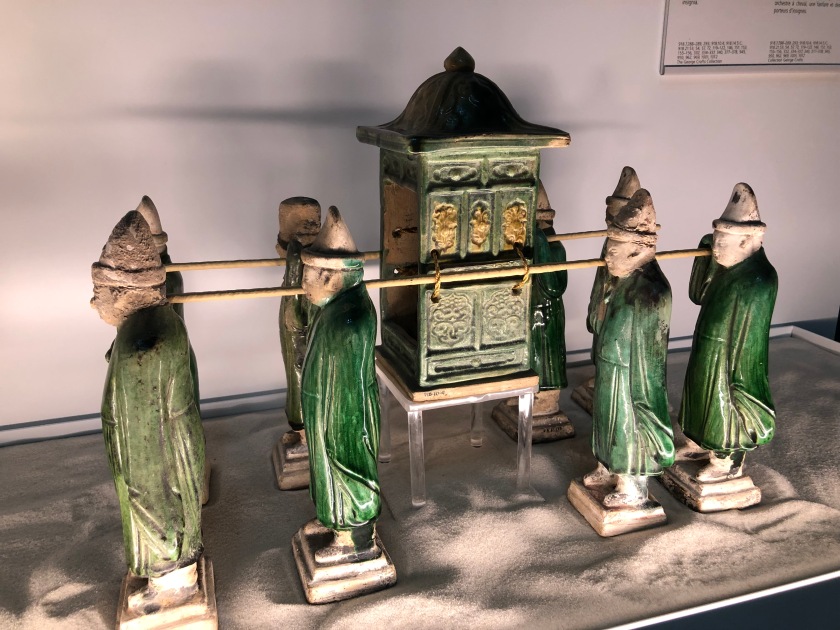 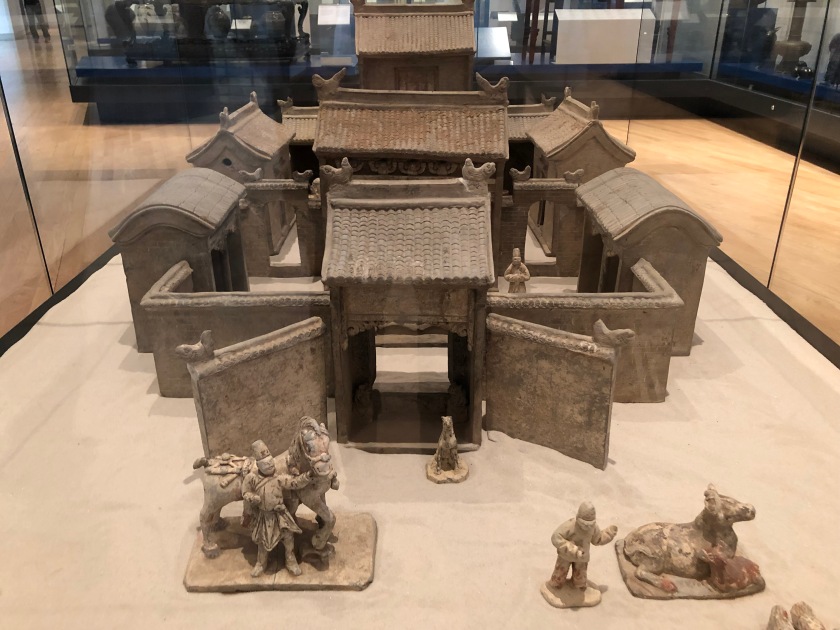 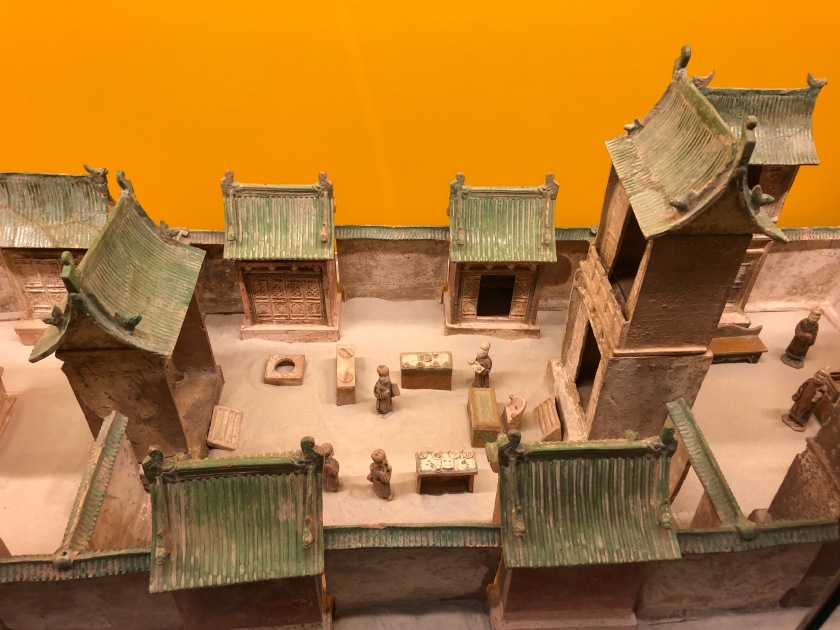