Robert ‘Bob’ Archambeau (born 1933)  is one of Canada’s most renown ceramic artists.  When I asked him when he first fell in love with wood firing, he chuckled and said it was ” probably around the age of five when he made a fire that almost burnt the family garage down.” Bob graduated with an MFA degree in ceramics from Alfred SUNY in 1964.  For the next four years, he taught at the Rhode Island School of Design (RISD) before accepting a teaching position at the University of Manitoba where he teamed up with Charlie Scott solidifying a wood firing tradition (of vessels) that continues today.  Long before he was awarded the Governor-General’s Award for Excellence, those around him knew that his work was special as was his teaching.  Exceptional might be a better word.

Bob Archambeau has a deep respect for the art of Asia and the limited forms that he chooses to make are a reflection of this.  Note the word ‘chooses’.  There is nothing limiting about the vessels he creates despite the fact that he focuses on four or five vessel forms.  He says that he works on the same few shapes over and over again to improve his integrity as a maker while, at the same time, having deep respect for the traditions that inform those forms.

Anyone who has passed through the wheel throwing or hand building area of the Sculpture/Ceramics Building at the School of Art will be familiar with Bob.  He remains one of the best mentors that any of our students (and faculty) can have.  He is there working late through the night, on the weekends, and sometimes during the day.  When there are no classes being taught in the summer, he is one of a few that take over the clay area till the leaves begin to fall and students return in September.

Two or three years ago he had pieces drying – hundreds of them it seemed – spread across the tables in the hand building room.  At that moment, he was using leaves he had found on his walks as stencils for his plates.  He told me that he was making his granddaughter an entire set.  I was taken aback by this because, at the time, I believed his granddaughter to be 8 or 10.  What a remarkable gift to leave a child.

Twice a year, Bob heads to fire his work with Dan Anderson and his students in Illinois.  He has travelled around the world firing wood kilns with some of the leaders in the field.  On his retirement, his intent was to work in his studio in Bissett, Manitoba (about three hours northeast of Winnipeg).  He built a wood kiln in anticipation of the freedom he would have to work 24/7 if he chose.  Then there was a series of events that happened one of them being an entire ban on burning wood – despite the fact that one could argue that a kiln is an enclosed space.  Still, his dreams halted, Bob was quick to take a different path and it is the reason that he is at the School throwing with many students watching and learning.  In fact, Bob believes that students learn by “watching”.

Bob is also a collector.  Not only of leaves to use as stencils but anything handmade that catches his eye or objects of nature.  One day he had covered the two shelves of a trolley with shells.  He called me over saying, “Always look to nature for inspiration.”

One of Bob’s dearest friends was the late Takamori Akio. In 2015 Takamori was asked to provide a story (Bob loves stories) for a catalogue I was writing for an exhibition of vessels at the School of Art Gallery.  He wrote to me about Bob’s first visit to Japan.  Takamori said:  “Naturally, Bob was very visible in the small Japanese village when he visited me in Nagura, Japan.  He was a giant from Canada.  He would say that Japanese people might think that he was 100 years old because his hair and beard were turning white prematurely.  Bob wished he was invisible perhaps and he tried his best to become as small as he could like a ball of mercury.  He was so careful and acted like a gentle giant who tried not to irritate people around him.  So, Bob walked around very carefully with a shy smile on his face and if he had to talk, he whispered.  His effort worked very well.  Everybody liked him and nobody was intimidated by the stranger.  He did not bump his head or break things when he visited the small houses in the villages.  Bob could satisfy his insatiable curiosity by going to all the niches of the villages and finding small treasures for his eyes to see”.

Bob continues to be a gentle giant at the age of 84.  And those who are fortunate to see his passion for clay continue are truly blessed. 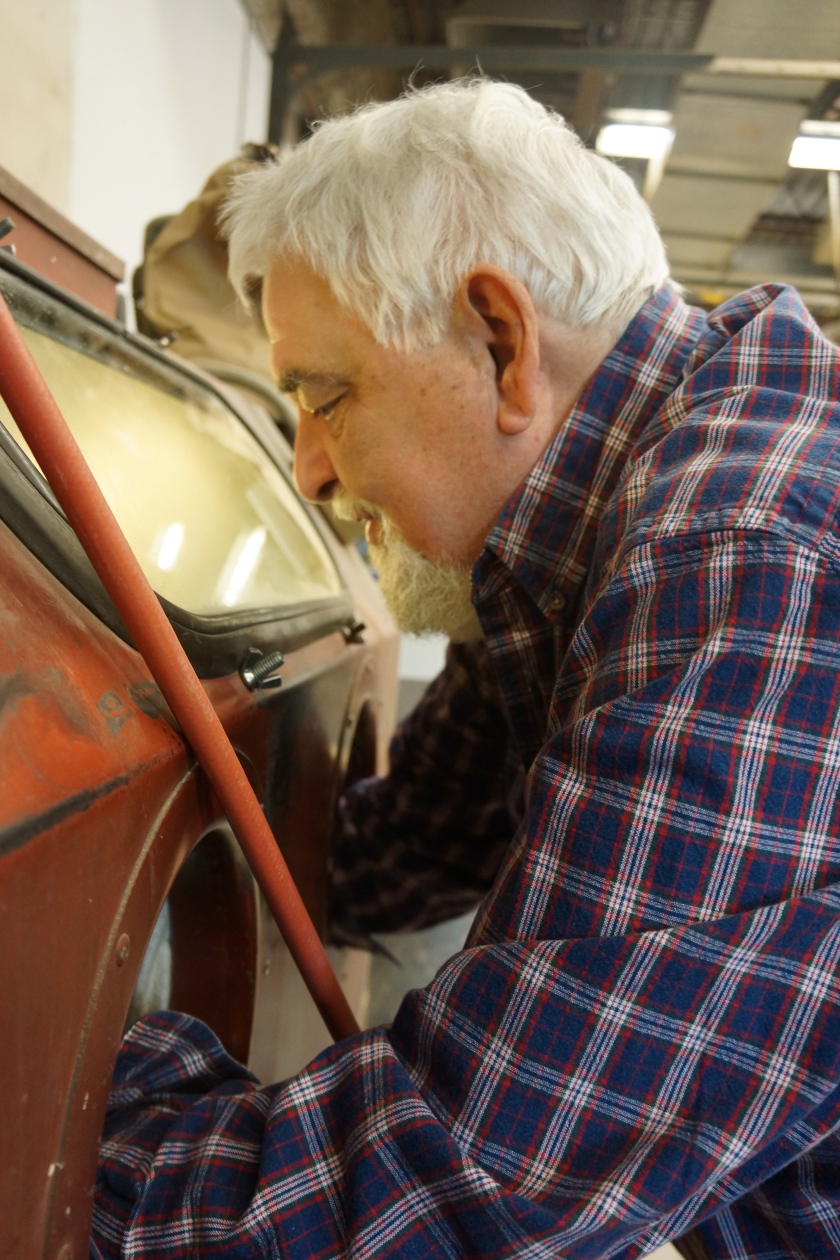