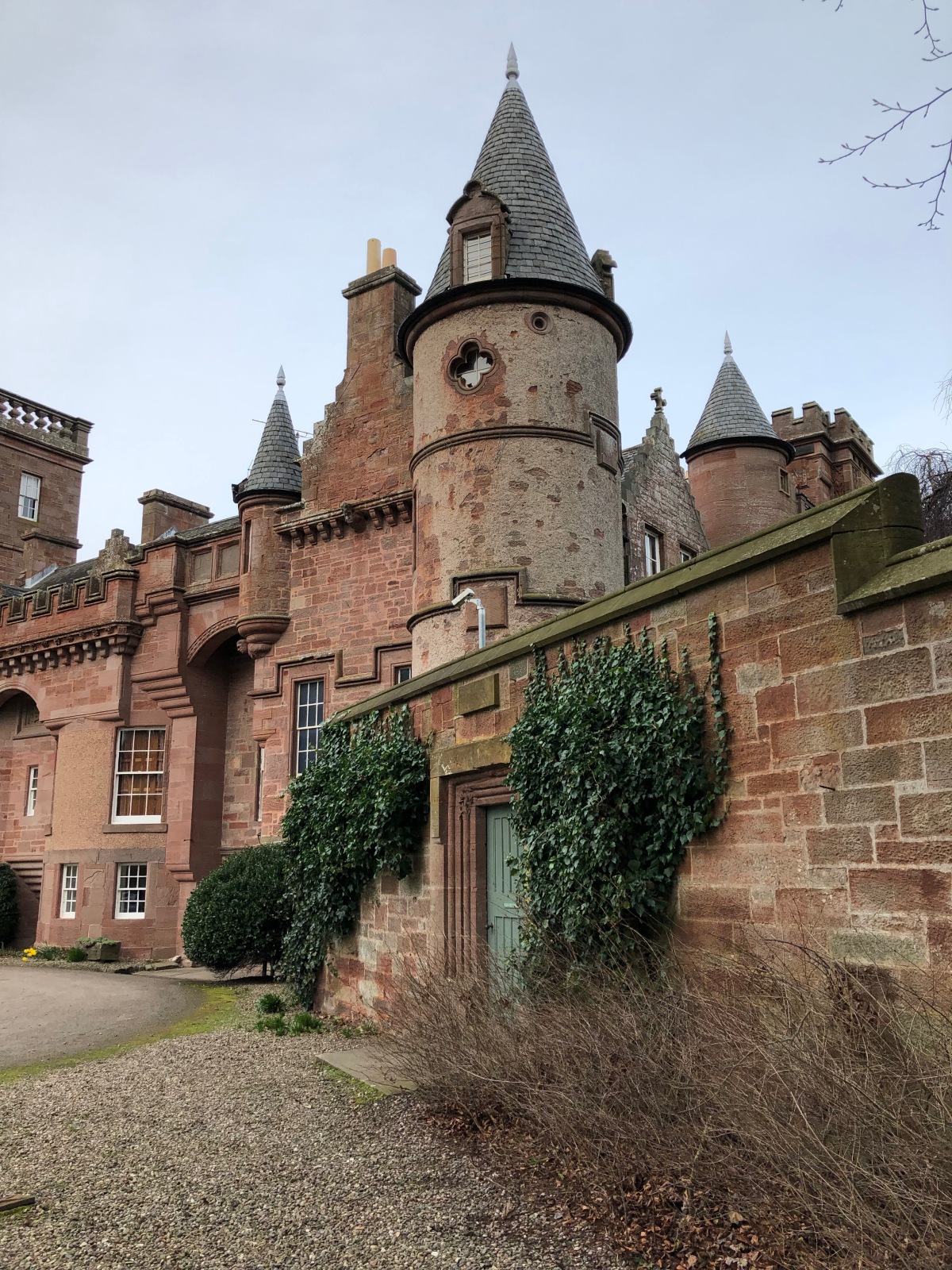 From my window in one of the most historic bedrooms at Hospitalfield, I can see the North Sea.  To get there, one only has to walk through the garden, full of blooming daffodils and crocus.

The photographs provided by Hospitalfield show the amazing exterior of this medieval building, but it is the interior spaces that give you that ‘wow, oh my goodness’ moment.  Built in the 13th century, the warren of rooms was home to the people who had leprosy and the plaque….hence, the name Hospitalfield.  Right now, it is both home and inspiration to the nine or ten of us who are here as interdisciplinary artists from various places including Brooklyn, London, Glasgow, Holland, and Newcastle, Great creative people.

Cicely Farrer wrote to us and told us that it is both cold outside and cold inside this old stone building,.  She is right.  It is cold to the bones which, in some way, has a connection with the SHEEP that are everywhere and the wool industry.  Did I forget my wool jumper from Ireland just so I could get a new one from here?  Did I really?!  But, for those who are thinking of travelling to Scotland, the first word that comes to mind is SHEEP.  There are more sheep in Scotland than there are people.  Did you know that?  And some of those sheep are even orange!

This is the first residency that I have been on in more than 30 years.  It feels like a first time because everything is that much more different.  There is a fantastic chef here named Simon who cooked us pilaf, a chicken curry, slaw with Nigella seeds, and his homemade flatbread.  This was followed by a chocolate brownie with real whipped cream and a raspberry coulis.  It is nice to be taken care of and not having to think about anything – a mantra that seems to be on everyone’s mind.

So this is the four posters historic bedroom at Hospitalfield that is mine for two weeks.

Some of you might recall that I was given a -37 degree C sleeping bag.  It will definitely come in handy tonight!  It makes me appreciate all of those big two-story frame farmhouses in Manitoba and all their small rooms and doors. Apparently to keep the warm in.

Here are some other views of the inside hallways.  The wood is beautiful.  Some of the private rooms have coffered wood ceilings and carved wooden walls.  I fear that they would crack in the dry cold of Manitoba, 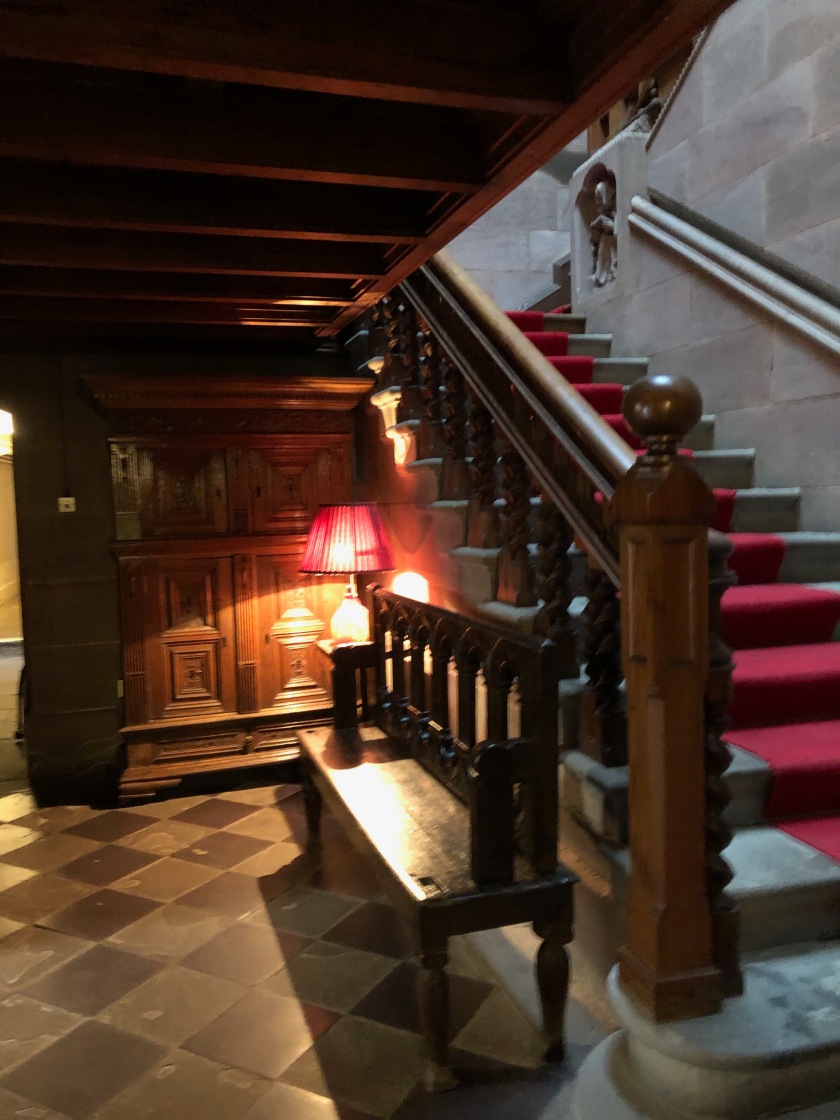 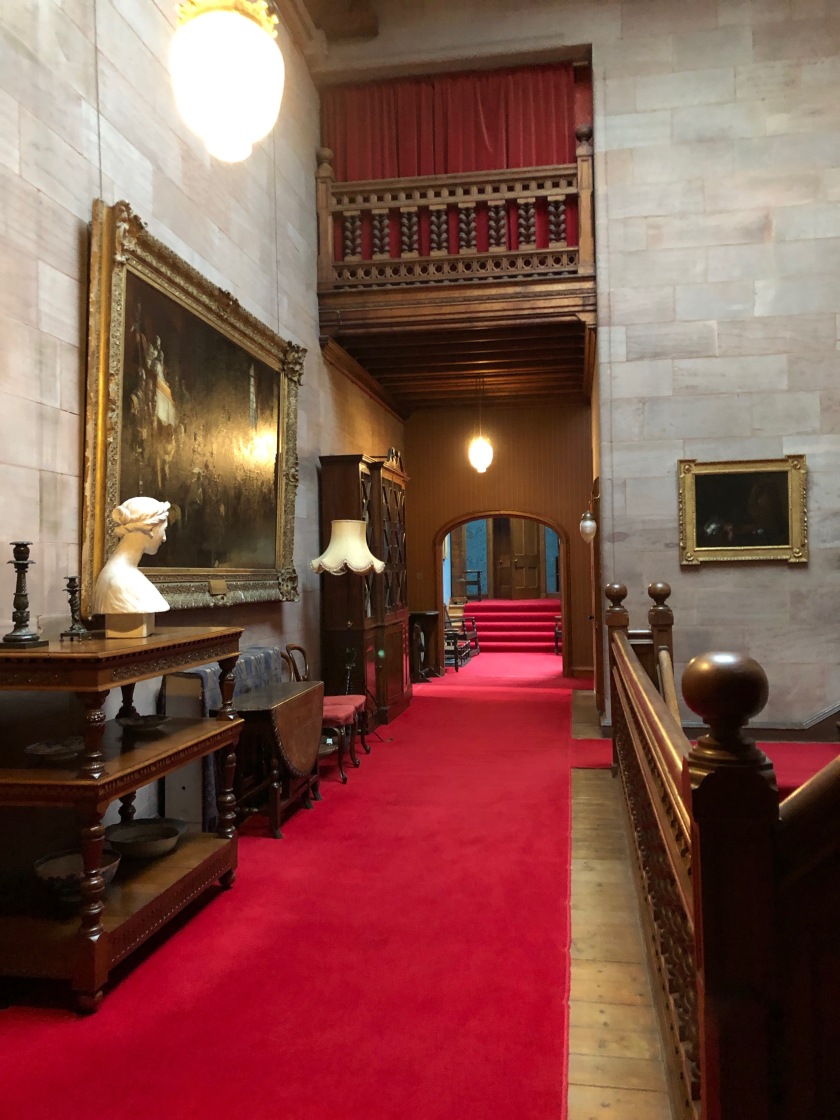 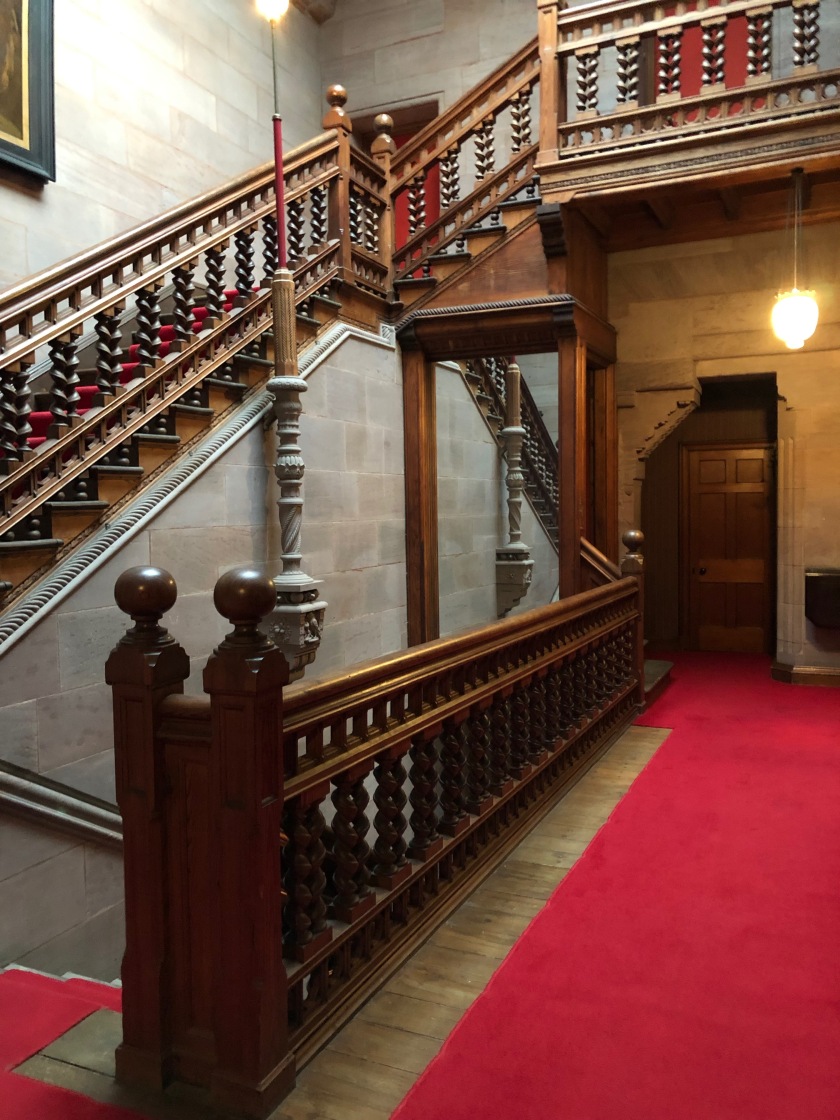 Scotland is on many of your bucket lists.  It is a gorgeous country with vast open spaces.  That is one of the single reasons that Scotland is a favoured tourist destination for the Chinese.  The tops of the Highland hills have snow on them today. March is chilly.  The great houses open in April.  You should come after April 1 if you can.

And if you do come, you need to start planning in advance and check out all of your options.  From Canada, for example, I found out that you can fly from Halifax to Glasgow.  Other places even land in Dundee, but the majority of travellers I am told begin their journey in London.  It is easy to get to Scotland from London King’s Cross; it takes about five hours, and if you book at least 5 to 6 weeks in advance with NLER you can get a much-discounted ticket.  Most everyone I know automatically thinks about renting a car.  If you absolutely need to, plan, so you only need to for a short period.  It isn’t the cost of the daily car fee that is so expensive.  It is the cost of insurance.  The price per day of full coverage with Europcar is 37 GBP.  At the moment it is 1 GBP to 2 CDN.  While the daily rental might seem insignificant, insurance can add up.  Figure it out before you travel.

If you decide to go ahead and rent a car then make the most of it!  This means not travelling on the motorways – at least as much as you can,  Wandering off to find small villages with quaint shops and local food is part of the fun.  And do check out the local fare.  To give you an idea of what fast food costs in Scotland and an excellent reason to stay away from it, I can tell you that a Burger King Jr Whopper meal is 7.14 GBP or $14.28 CDN.  Thank goodness the chef at Hospitalfield House is so amazing.